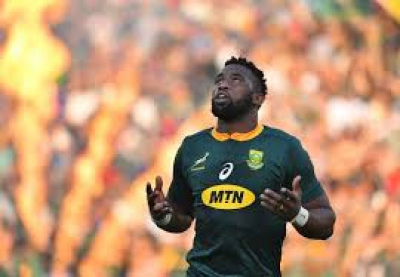 "Kolisi’s current contract was set to come to an end in October 2021 and although the union did everything possible to re-sign him, he chose not to take it up and has been released early from his contract, upon acceptance of a transfer fee," a statement read.

Kolisi has been with the Stormers his whole career, signing with the team right after matric, growing and improving as a player in their ranks. He eventually became captain in 2017, a role he’s served faithfully even through injuries and setbacks.

This new move comes as his contract is coming up for renewal. Despite Province’s attempt to to keep him, he’s decided to move on to another team. He is being released from his contract early.

He ends his time at Western Province Rugby as the second-most capped Stormers player, with the legendary Burger (123) the only player to have topped his 118 Vodacom Super Rugby caps for the franchise.

"I would like to thank everyone at Western Province Rugby for what has been an incredible time in my life in which I have grown as a rugby player and a person, "said Kolisi.

In 2017, Kolisi was named Stormers captain and led the team for two full Super Rugby campaigns before he was appointed Springbok captain in 2018.

In 2018, Kolisi played his 100th match for the Stormers and the following year became the third Springbok captain to lift the Webb Ellis Cup, when the Springboks beat England 32-12 in the World Cup final in Yokohama.

In 2020, he set up the Kolisi Foundation and, along with many of his Stormers teammates, played a major role in providing relief for vulnerable communities during the Covid-19 pandemic and resulting lockdown.