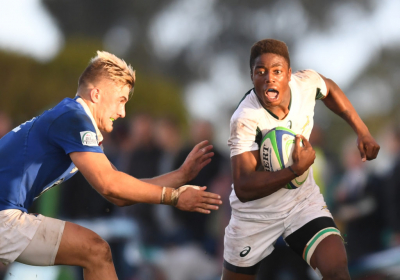 A family spokesperson confirmed Manyike’s body had been identified, but that a cause of death was still not known at this stage.

Towards the end of last year it came to light that the talented youngster and former junior Lions player had been reported as missing.

It’s believed that on 10 November, the Randfontein SAPS officially opened a missing person’s docket, with his family becoming concerned over a lack of contact.

Manyike, who was set to join the national sevens academy in January, was reportedly found on the R101 near Hammanskraal on 20 November, two days after he was last seen on CCTV footage in Pretoria North.

Lions CEO Rudolf Straeuli said: "On behalf of myself, our chairman, Mr Altmann Allers and everyone in Lions Rugby, I want to send out deepest sympathies to the Manyike family. We honestly cannot believe it and it’s hard to find words right now."

The former Jeppe Boys High Head Boy has played age group rugby for the Lions at every level, and was in line play for the Baby Boks in 2020.

Twitter
More in this category: « Chiefs seeks clarity from CAF to explain decision on a Wydad Casablanca venue. Karolina Muchova shocks world no.1 Ashleigh Barty to reach semi-finals - Australian Open. »
back to top