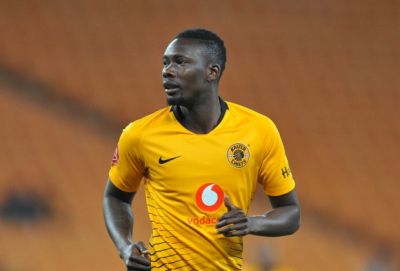 Kaizer Chiefs will be back in action this afternoon when they take on AmaZulu at FNB Stadium in a DStv Premiership game.

The encounter was originally scheduled to have taken place just 48 hours after the team was supposed to return from a CAF Champions League game in Morocco. With that game against Wydad Casablanca having been postponed, Chiefs have had a ten-day break between games. While coach Gavin Hunt has welcomed the extra time off, the Chiefs coach is happy to kick start a busy few weeks ahead for Amakhosi, which will see them in both domestic and continental action.

Speaking after putting his final touches on his team’s preparation for this afternoon’s game said of the unexpected break that came his team’s way: "The programme was hectic, so it was a bit of a blessing not to travel so far. We would have only got back on Monday Night. Then we would have been playing on Wednesday again, then Saturday and again next Tuesday. It would have been a tough ask, but we were prepared for it."

With the team out of the Nedbank Cup, Hunt commented that he was now looking forward to collecting as many points as possible from their remaining 15 league games. "It was a disappointing result in the Nedbank Cup, "he said. "We have to put that behind us and try and focus on the league and finish in a good position. We want to also do well in the Champions League. We’ve got two games in the league this week, then next Tuesday we are playing a Champions League game and then we travel to Egypt the next day. It will be a tough two weeks, but we enjoy it – we prefer to play."

Focusing on today’s encounter, the Chiefs coach is hoping to gain another positive result against AmaZulu just as Chiefs did in January. That victory over Usuthu saw them go five games unbeaten in the league, which included three wins. Chiefs are now aiming for a similar lift off when they face the Durban-based outfit.

"I’m aware that AmaZulu are a much-improved outfit since our last meeting in January," he added. "They are good side who have invested heavily in their team. They have a new owner who’s ambitious. Benni McCarthy has come in there and they have done well. It will not be an easy game because they can also be aggressive, and we need to match that. What’s important for us is to start of better in the second round, than we did in the first round."

Hunt does go into the game against AmaZulu with some good news as a number of his personnel have returned and are available for selection. Only Dumsani Zuma joins the list of injured players because of a hamstring problem, which he has had for a couple of days. Siphosakhe Ntiya Ntiya is suspended after being shown a red card in the last match.

There are two returnees who will help bolster the Chiefs backline and are available for selection. "Erick Mathoho has had a number of bereavements in his family and it has not been easy for him. He is back now and needs to play," said Hunt.  "Siyabonga Ngezana also comes back in after serving a suspension. He’s been very good for us and he is a committed boy, which is what we need."