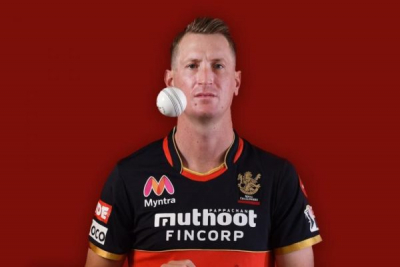 South Africa's Chris Morris is this year's most expensive player, costing Rajasthan Royals £1.6m for the Twenty20 tournament, which starts in April.

His compatriot Dawid Malan, who is number one in the world Twenty20 batting rankings, was sold to Punjab Kings for nearly £150,000.

Chennai (CSK) were involved in a bidding battle with Punjab Kings for Moeen before securing the services of the 33-year-old Worcestershire player.

England captain Joe Root initially said Moeen had "chosen" to go home, whereas his period of rest had actually been planned beforehand.

"The qualities Mo has are worth every penny and it really is fantastic to see him go for that amount," said England batsman Jonny Bairstow, who has been retained by Sunrisers Hyderabad.

"At some point people are going to need rest and that's what the selectors and the coaching staff have decided.

"When people are getting rested, that's up to them and their choices. We want the best for everyone.

"Mentally we've got to stay as fresh as we can, being in hotel rooms and not being able to leave is taxing at the best of times. Everyone is trying their best to stay fresh and produce their best performances on the pitch."

Moeen and Malan will join the eight other England players, who have been retained by their IPL franchises, in this year's IPL.

England have a home Test series against New Zealand in June, and some players could miss the two Tests if their IPL teams reach the latter stages of the tournament.

Australian batsman Glenn Maxwell also went to Royal Challengers Bangalore for £1.4m after they outbid CSK to secure his services, while his international team-mate Jhye Richardson went for close to a similar amount as he was picked up by Punjab Kings.

The last IPL was held behind closed doors in the United Arab Emirates because of the coronavirus pandemic. This year's season is expected to start in April.