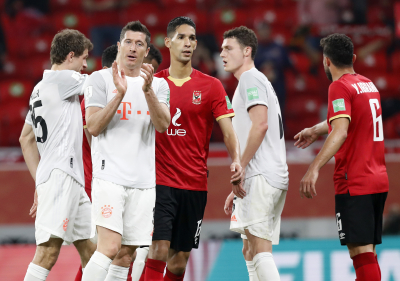 Matchday 22 sees the second edition of The Mother of all Derbies in 2020/21 as FC Schalke 04 play host to Borussia Dortmund in one of two massive matches to be played across the Bundesliga’s weekend of action.

Revierderby rivals FC Schalke 04 and Borussia Dortmund meet at the Veltins-Arena on Saturday evening with both clubs hoping form will go out of the window against their archenemy. The Royal Blues are struggling at the bottom of the table, winless in six games. While the black-and-yellows of Dortmund have collected three points from just one of their last six Bundesliga games.

The yellow side of the Ruhr claimed bragging rights earlier in the season as Dortmund ran out 3-0 winners at the Signal Iduna Park, but Schalke will be looking to keep their hopes of survival alive with a derby victory come Saturday.

The weekend’s other must-watch game will be earlier on Saturday as league leaders FC Bayern München travel to face the league’s in-form team, Eintracht Frankfurt. The Eagles are on the longest unbeaten run of any Bundesliga team (10 matches). They've claimed a league-high 26 points from a possible 30 during that run. Twenty-two from 24 points in 2021 is another league best-mark, ahead of Bayern (19).

The game is headlined by the two top-scoring strikers on either side. For Frankfurt, Andre Silva leads the way with his 18 goals this season. The Portugal international has even outscored Robert Lewandowski so far in 2021 nine goals to eight, but Bayern’s No.9 is averaging a goal every 67 minutes this season as he continues to close in on Gerd Müller’s 40-goal season record, with 25 so far.

The fun starts on Friday where DSC Arminia Bielefeld host VfL Wolfsburg on the back of Bielefeld’s dramatic 3-3 draw with Bayern on Monday. The Wolves have gone five Bundesliga games without conceding a goal, however, and would match a club record should they keep a clean sheet at the SchücoArena to start the weekend.

At the same time as Bayern’s trip to Frankfurt on Saturday, Borussia Mönchengladbach meet 1. FSV Mainz 05 with the ZeroFivers continuing their recovery after scoring two goals in the final three minutes to salvage a point from the BayArena last weekend.

There is a triple-header of games to look forward to on Sunday starting with FC Augsburg hosting Bayer 04 Leverkusen. Augsburg have never beaten Die Werkself in the Bundesliga having gone without a win in a total of 19 matches – it’s the longest such run in the history of the Bundesliga.

Second placed RB Leipzig follow that game with their trip to the capital to face Hertha BSC Berlin. Leipzig suffered a disappointing midweek UEFA Champions League defeat to Liverpool and will be looking to bounce back with vengeance.

The weekend’s action is rounded off when TSG 1899 Hoffenheim host SV Werder Bremen late on Sunday. 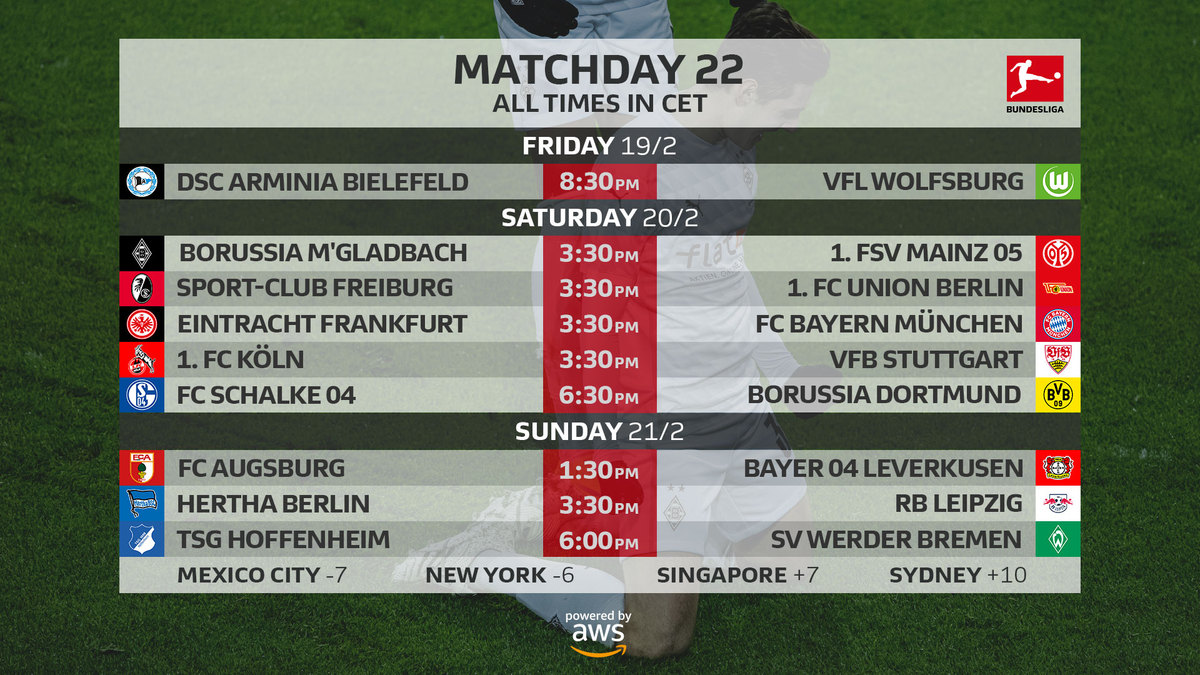