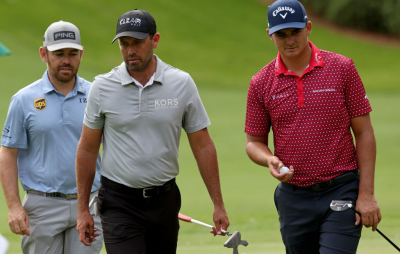 Sunshine Tour professionals JC Ritchie and Daniel van Tonder will this week reap the rewards of their home success with a chance to take on the best in world golf in the WGC-Workday Championship in Florida.

Ritchie and Van Tonder qualified for the exclusive 72-man field by virtue of their finishes of first and second respectively on the Sunshine Tour's 2019/20 Order of Merit.

They join a South African contingent also including Christiaan Bezuidenhout, Erik van Rooyen and Louis Oosthuizen that will tee it up at The Concession Golf Club starting this Thursday. The field includes 48 of the top 50 players on the Official World Golf Ranking, including world number one Dustin Johnson, competing for a $10.5 million purse.

Ritchie won three times on the Sunshine Tour in 2019 and twice early in 2020, and will be making only his second appearance in a WGC event since finishing 76th in the WGC-HSBC Champions in 2018.

Van Tonder was in prolific form when the Sunshine Tour emerged from the hard lockdown in August last year, winning three of the five Rise-Up Series tournaments and then adding the Investec Royal Swazi Open in October. This will be his third appearance in a WGC event and his first since 2015.

"I've been in Florida for about 21 days prior to this week where I've been working hard on my game and been getting used to the different grass and the fast greens over here," said Van Tonder.

"I'm going to give it my best shot and hopefully bring home the trophy."