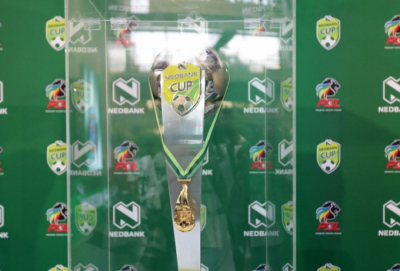 Premier Soccer League (PSL) and tournament sponsor Nedbank hosted the quarterfinal draw to confirm the last eight teams that will continue their journey in the tournament.

The draw took place after a thrilling match between Chippa United and Cape Town City at the Nelson Mandela Bay Stadium that saw the Chilli Boys secure their spot in the top eight.

The Sunday matches also saw Richards Bay and Pretoria Callies claim victories to make their way into the quarterfinals.

Due to the CAF Champions League, the Mamelodi Sundowns v Polokwane City match scheduled to take place on Saturday, 27 February had been postponed.

The match will now take place on Wednesday, 10 March at 3pm at Loftus Versfeld Stadium.

Quarterfinal Fixtures are as follows:

The PSL will confirm final dates, kick-off times and venues in due course.

More in this category: « Chelsea & United play out to a 0-0 stalemate at Stamford Bridge. Formula 1 declines Bahrain Covid-19 vaccination offer ahead of opening grand prix. »
back to top