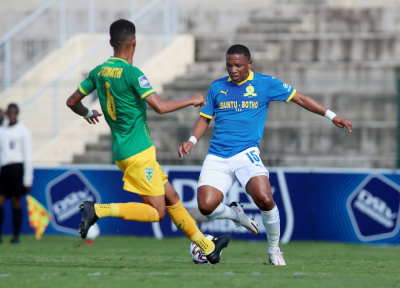 Mamelodi Sundowns Co-coach Manqoba Mngqithi praised his players they completed the biggest ever away victory for a South African side in the CAF Champions League group stages with a 5-1 trouncing of Algerian outfit CR Belouizdad in neutral Tanzania on Sunday.

No South African side has matched this performance in the group stages away, while Sundowns came close to beating their record for an away win in any CAF club competition stage, which was 5-0 at hapless Seychelles side Cote d'Or, who they beat by a tournament record 11-1 in the return leg in the first round in the 2019-20 campaign.

The biggest away win for any South African side in CAF club competition was when Jomo Cosmos beat Denver Sundowns of Eswatini 6-0 in the 1993 Cup Winners’ Cup.

"We knew we were playing against a very good team, but we wanted to put our best foot forward and force them to defend because we did feel we have better conditions physically," Mngqithi said. "The environment suited us better considering we are coming from high altitude and we are used to playing in the afternoon, whereas they mostly play at night.

"I would want my players to learn from this because I still believe had that defender decided to just let the ball go on, they would have remained with a good number and have had a fighting chance in the game.

"But because we had a superior numerical advantage, I felt first half we took that to our heads and did not apply ourselves fully and looked for more ball possession that trying to penetrate.

"When we worked on that aspect at halftime, and I think all my coaches and analysts for the input they give, second half we came with more purpose and stretched their defence.

"But we appreciate the fact that we got the big scoreline away from home, and the kind of football the players showed on the day."

Sundowns must now travel to Lubumbashi on Saturday for a tough clash with TP Mazembe. The Brazilians lead their pool with a full haul of six point, while Mazembe are second after a pair of draws.