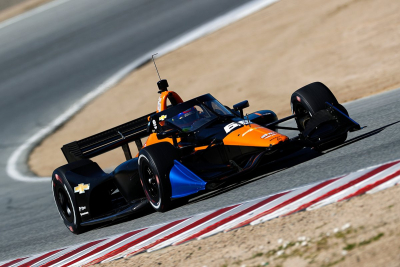 The Mercedes in which Lewis Hamilton will bid for an eighth drivers' title has retained the team's black anti-racism livery for a second season.

The new Mercedes W12 is an upgrade of last year's car, which dominated the season with 13 wins in 17 races.

Team boss Toto Wolff said the team were as determined to succeed as ever despite their record-breaking run of seven consecutive world title doubles.

"Every year we reset our focus and define the right objectives," he said.

"That may sound simple but it's damn hard and is probably why there are no sports teams out there with seven consecutive titles. So many things can happen and it's very natural to get used to success, and therefore not fight as hard for it.

"But this team has not shown any of that. I see the same fire, hunger and passion now as I did the first time I walked through the doors in 2013.

"Every season is a new challenge and therefore, a new goal for us to achieve."

Hamilton, who was knighted in the New Year Honours, said the car's colour scheme reflected his wider goals, which now go beyond merely succeeding on track.

"In the past it was about winning championships. Last year there was a lot of talk about equality and this year it is all about pushing for diversity and making sure that action is taken," he said.

"But, of course, we exist to win and that's what all these guys and girls [in the factory] are working towards. And it's my goal to deliver that."

Hamilton extended his Mercedes contract last month by a year to the end of this season.

He said: "I am in the fortunate position where I have achieved most of the stuff I wanted to achieve up to this point so there is no real need to plan too far ahead," he added.

"We are living in an unusual time and I just wanted one year, and we can talk about if we want to do more and keep adding to it by one if we have to."

Mercedes said retaining the car's black livery, adopted last year as a result of the global focus on anti-racism following the death in US police custody of George Floyd, was "a sign of the team's continued commitment to becoming more diverse and inclusive as a company".

Wolff said the team had undertaken a series of steps to increase its diversity, adding: "All of these measures are encouraging, but we know that real change takes time and we're at the start of a very long journey.

Silver had been Mercedes' racing colour since the 1930s and a small amount of it has been returned to the car at the rear.

"So, this topic will very much remain in our focus for years to come as we build on the foundations we've laid over the past few months," Wolff added.

Technical director James Allison said the Mercedes design team had focused on recovering the losses created by rule changes that have cut away part of the floor with the intention of keeping cornering speeds under control.

Teams are restricted in how much development work they can do on mechanical aspects of the cars from 2020 into 2021.

More in this category: « Motsepe favourite to become CAF President with rivals reportedly set to withdraw. Kruger's comeback starts with a memory as Sunshine Tour tees off. »
back to top