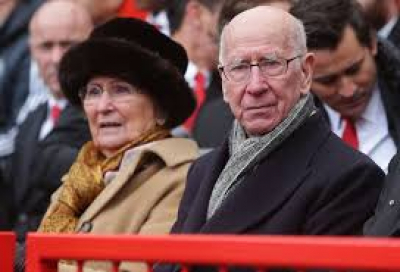 A parliamentary inquiry into the link between sport and long-term brain injury is being launched on Wednesday.

MPs will consider the links between head trauma and dementia, and how risks can be mitigated.

A number of ex-rugby union internationals are also suing for brain damage.

The Concussion in Sport inquiry, which starts on 9 March, will consider scientific evidence and hear from players and governing bodies.

The inquiry will not consider material involved in ongoing legal proceedings, but will look at potential implications of successful legal action and what impact that could have on sport in the longer term.

Former Wales rugby union player Alix Popham, one of the internationals involved in the players' lawsuit, is calling for a reduction in the amount of contact training in the sport.

Popham, 41, made 33 appearances for Wales between 2003 and 2008, but admitted he cannot remember many big games, or his meeting with South Africa president Nelson Mandela, other than by looking by at videos and pictures of his 14-year professional career.

"My neuro-psychologist, who I see every week. said: 'Your brain was taking photos, but because it was so inflamed, it wasn't storing those memories'," he told the Today programme on BBC Radio 4.

Digital, Culture, Media and Sport committee chair Julian Knight said: "We will look particularly at what role national governing bodies should be taking and their responsibilities to understand risks involved for players and what actions might be taken to mitigate them.

"We're seeing a number of cases involving brain injury in sport likely to reach the doors of our law courts and we will also look at the implications for sport in the longer term of any successful legal claim."

Culture Secretary Oliver Dowden, who has hosted two recent meetings with players and sports bodies on the issue, and asked them to work together to devise a plan, said he welcomed the inquiry.

A 2019 study showed footballers were three and a half times more likely to die of neurodegenerative disease than age-matched members of the population.