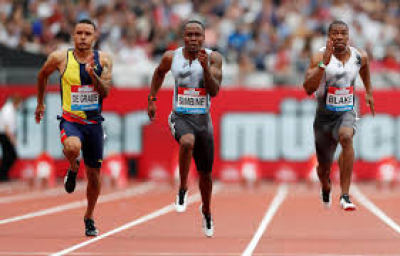 An updated fixtures list has been released by Athletics South Africa, and while there have been some changes made due to the ongoing pandemic, it includes a full calendar of the national championship events.

Though dates have not yet been confirmed, two ASA Invitational track and field meetings are provisionally scheduled for March.

In another change, the ASA National Primary Schools T&F Championships, set to be held in Pietermaritzburg on 23-24 April, has been postponed to later in the year on a date to be confirmed.

The ASA Cross Country Championships will be held in Durban on 18 September.

Internationally, the season will revolve around the Olympic Games in Tokyo from 30 July - 8 August.

"The release of the updated national fixtures is greatly appreciated by the board and will be welcomed by athletes, parents, coaches and our members because it allows everyone to plan better," said Aleck Skhosana, the President of Athletics South Africa.

"Our athletes are largely not at the same level of preparation as some parts of the world, because our national lockdown has been quite restrictive affecting progress. This is, however, not unique to South Africa because many athletes around the world have also been struggling to access international competitions against a few countries who have been able to.

"We have noted a great improvement in our athletes who continue to persevere as the government continues to loosen the lockdown levels.

"Because of the late return to class this year including the behaviour of the pandemic, we have moved the ASA Primary Schools Championships from its dates in April and will be held later in the year on a date to be confirmed. This too, will be depended on the behaviour of the Covid-19 virus at the time. Pietermaritzburg remains the venue.

"School going athletes must note that they have access to provincial and club competitions, and we urge them to contact their ASA provinces for assistance so that they can remain active.

"As we all maneuver carefully around the pandemic and the understanding of the new normal, we look forward to a good and competitive year where we hope many will qualify for the Olympics and all national teams."

More in this category: « Euro 2020 host cities given April deadline over fans as Dublin and Glasgow 'risk being cut'. Proteas appoint Bavuma as first black African captain to lead limited-overs sides as Elgar named Test skipper. »
back to top