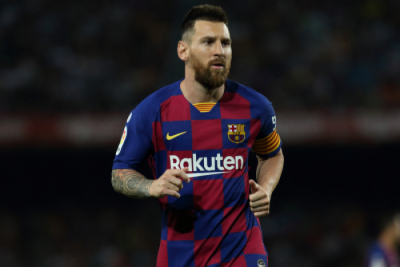 Barcelona moved closer to La Liga leaders Atletico Madrid with a victory at Osasuna on Saturday.

Jordi Alba scored in the 30th minute and Ilaix Moriba added another late to provide all the goals second-placed Barca would need to see out the victory at the El Sadar stadium.

The win gives Ronald Koeman's men 56 points from 26 games, two behind Atletico who have two games in hand.

Barcelona are next in action on Wednesday when they will try to overturn a 4-0 deficit in their Champions League round-of-16 tie with Paris Saint-Germain.

Meanwhile, Osasuna, who remain 13th with the loss, will host Valladolid n La Liga next Saturday.