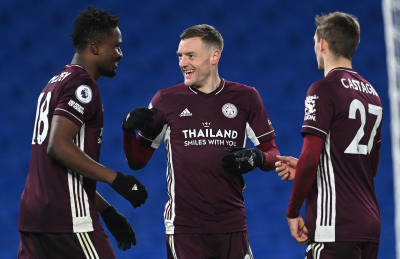 Daniel Amartey struck a late winner as Leicester City came from behind to beat Brighton and boost their bid for Champions League qualification.

Kelechi Iheanacho began the fightback with his second goal in as many games to cancel out Adam Lallana's first Brighton goal.

Leicester won having been nowhere near their best, a good sign ahead of a crucial final 10 games of the season without several of their key men, but for Brighton it was late heartache again, having now lost 17 points from winning positions this season, the second-highest in the Premier League.