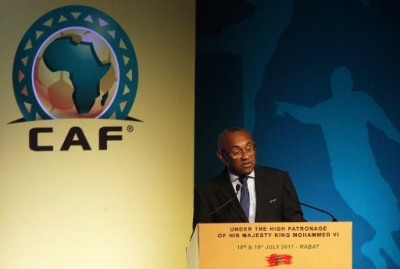 The Court of Arbitration for Sports (CAS) on Monday reduced a ban imposed on CAF President Ahmad Ahmad by football’s world governing body, FIFA, from five years to two years following his appeal.

In November last year, Ahmad was sanctioned by FIFA for financial misconduct and other ethics violations after an inquiry concluded Ahmad breached codes relating to duty of loyalty, offering and accepting gifts abuse of position as well as misappropriation of funds.

Despite the development, Ahmad will not be eligible to contest in the election for CAF President later this week as he needed to be completely exonerated of the charges against him.

This means South African billionaire Patrice Motsepe, who also owns 2016 African champions Mamelodi Sundowns, is in pole position to win the contest which is due to be held on March 12 in the Moroccan capital Rabat.