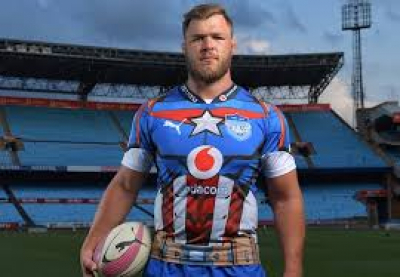 Springbok stalwart and Bulls captain Duane Vermeulen was named Players’ Player of the Year and Forward of the Year during the fourth annual Brightrock Players Choice Awards.

All nominations were compiled by the MyPlayers board, their trustees and player representatives, and the winners of each category were selected by the players. The winners also earn the charity of their choice a R5,000 donation, funded from the players’ collective commercial rights income and managed by MyPlayers.

The title of Players’ Player of the Year is awarded to the player selected by their peers as the best rugby player of the year. A week ago, Vermeulen was named SA Rugby Player of the Year, and this is the second time, including in 2014, that he receives South Africa’s two most coveted player awards in a single year.

"Duane Vermeulen had an amazing season, despite the barriers presented by the pandemic, and his two awards reflect this, "said Eugene Henning, chief executive officer of MyPlayers.

On behalf of MyPlayers, we would like to congratulate all the winners who contributed to the game and entertained us with the great rugby that they have played this past season. Rugby remains one of the most popular sports in our country, and we are fortunate to have a committed partner in BrightRock that makes it possible for the players to have this platform where they can recognise their peers.

"Many thanks to BrightRock and our MyPlayers team for the great work they have done over the last four years to produce these awards."

As the winner of two categories, Vermeulen pledged his total winnings of R10,000 to the Chris Burger Petro Jackson Players’ Fund.

'Assisting those in need is something close to my heart, and I couldn’t think of a better way to assist those in need than donating my total winnings to the Chris Burger Petro Jackson Players’ Fund, which has been rugby’s caring hand for over 40 years, 'Vermeulen said.

The other winners who best played the bounce during this challenging season and received the recognition of their peers are:

Defender of the Year – Lukhanyo Am

The LoveChange Award (for the most improved player) – Vincent Tshituka.

More in this category: « Bundesliga Preview: Bremen host leaders Bayern, who have a slim two-point lead. Chiefs release Ntshangase while Ngezana adds another 3 years. »
back to top