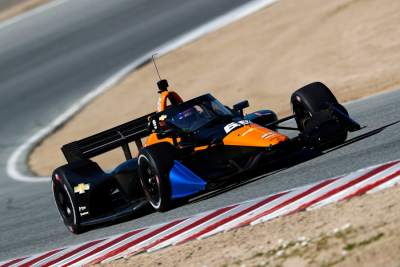 Mercedes had a difficult start to three days of Formula 1 testing in Bahrain.

Lewis Hamilton and team-mate Valtteri Bottas ended the day 10th and 17th fastest and managed the lowest number of laps in the field.

Mercedes had problems with reliability and the handling of the car.

Mercedes decided to change the gearbox and investigate the problem later, but that cost the Finn nearly all his first day's running and he managed only a further five laps before handing over to Hamilton for the afternoon.

Team principal Toto Wolff said: "It wasn't a good start because we had a gearbox issue that came out of nowhere that we haven't yet been able to identify and understand."

When Hamilton went out at the start of the afternoon session, conditions were at their worst, the Sakhir track enveloped in a sand cloud and conditions on track treacherous, the cars throwing up plumes of sand.

Hamilton found the car's balance to be poor and returned to the pits for set-up changes.

When he returned to the track, the team concentrated on long runs with high fuel loads and used only the hard 'C2' tyres while others explored the faster and grippier C3s and C4s.

Still the car did not look comfortable, though, with Hamilton clearly struggling for grip and having a number of 'moments' where he struggled to keep control, ran wide or locked a wheel.

Despite their problems, Mercedes remain strong favourites for the season ahead, having won seven consecutive title doubles since the start of F1's turbo hybrid engine era in 2014.

Conditions were difficult all day, with strong winds and a sandstorm making the track slippery throughout.

The worst period was at the start of the afternoon session, when the track was so dirty that cars were throwing up plumes of sand as they circulated the lap.

But conditions improved later in the day and drivers were able to improve their times.

More in this category: « Chiefs release Ntshangase while Ngezana adds another 3 years. Jofra Archer leads the way as England bowlers set up crushing win over India in first T20I. »
back to top