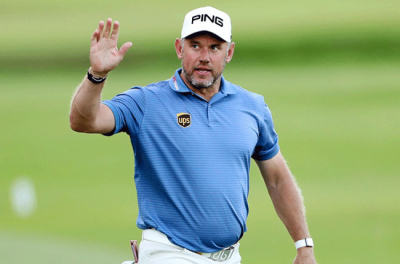 England's Lee Westwood hit a sensational bogey-free six-under 66 to move into the halfway lead at the Players Championship at TPC Sawgrass.

Westwood leads on nine under, one ahead of compatriot Matt Fitzpatrick (68), with Sergio Garcia (72) and Chris Kirk (65) a further shot back in Florida.

Bryson DeChambeau carded a three-under 69 and is one of six on six under.

Rory McIlroy missed the cut after following a seven-over 79 with a 75 in round two to finish on 10 over par.

The Northern Irishman came into the tournament as the defending champion, having won this title in 2019 with the 2020 event being cancelled after one round because of the coronavirus pandemic.

However, he needed to improve his first-round score by 14 shots to have any chance of making the weekend but bogeys on the sixth and seventh holes ended any faint hopes he may have had.

There are a handful of players who were unable to finish their second round because of fading light so the cut will not be made until they have finished off on Saturday morning but it looks likely to come at level par meaning Scottish pair Robert Knox and Martin Laird will play after finishing on that total.

However, their compatriot Robert MacIntyre will be among those going home after closing on three over par.

England's Tyrrell Hatton, who ended one over, looks set to miss out, while Tommy Fleetwood and Norway's Viktor Hovland, who called a two-shot penalty on himself after round one, finished on two over.