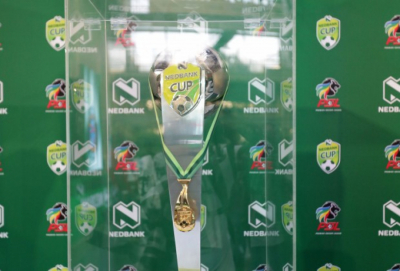 Chippa United became the first team to book their spot in the 2021 Nedbank Cup semifinals with a 2-1 win over Richards Bay FC at Sisa Dukashe Stadium in Mdantsane.

Goals from Anthony Laffor and Maloisane Mokhele led the Chilli Boys into the final four for the third time in their history and third time in the last five seasons. Siyabonga Vilane scored a late consolation for the visitors.

Chippa opened the scoring as early as the fifth minute, albeit through rather fortunate circumstance. An attempted back-pass from Moses Mthembu was played right into the path of Laffor who pounced on the error before finishing with aplomb.

The Chilli Boys dominated most of the proceedings and deservedly doubled their lead just short of the hour mark.

Ludwe Mpakumpaku did well do save Mokhele's initial effort but could to nothing to stop his second. Augustine Kwem recycled the rebound before playing it into the midfielder's path and his toe-poke finish flew right into the corner of the net.

To their credit, Richards Bay never gave up and halved the deficit in the 90th minute. A perfectly weighted free-kick by Bayzel Goldstone found Vilane who nodded home past Ayanda Mtshali to make for a nervy finish to the match.

However Chippa held on to book their spot in the next round. Defeat ended Richard Bay's unbeaten run across all competitions at 14 matches.