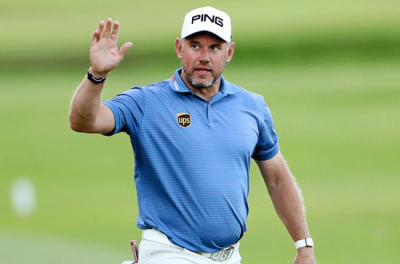 Lee Westwood will go head-to-head with Bryson DeChambeau once again with the Englishman leading by two going into the Players Championship final round.

Westwood, chasing a first PGA Tour title in 11 years, moved to 13 under par with a bogey-free four-under 68.

DeChambeau, who edged Westwood to win the Arnold Palmer Invitational last week, shot a 67 to finish on 11 under on a scintillating day at TPC Sawgrass.

Justin Thomas had set the clubhouse lead at 10 under par with a superb 64.

Matt Fitzpatrick headed out in the final pair alongside compatriot Westwood but endured a difficult third round, finding the water three times and trading four birdies with four bogeys to remain at eight under.

He sits alongside Spain's Sergio Garcia, who bogeyed the final hole to sign for a 71 on Saturday.

Westwood has not won on the PGA Tour since June 2010 at the St. Jude Classic, during a run of form that saw him become the world's number one golfer.

"It's like the rematch," smiled Westwood. "That will be fun. I like playing with Bryson, he is a breath of fresh air.

"I have always tried to have fun, but it is easier now - I don't allow the game of golf to affect me mentally anymore."