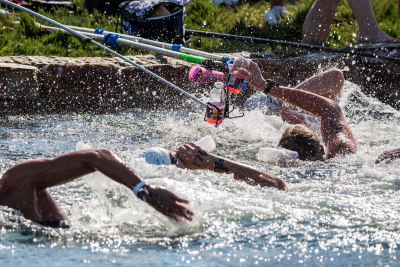 The 2021 South African National Aquatic Championship will kick off with the Open Water competition at the Eastern Cape’s Marina Martinique in Jeffrey’s Bay from the 19th to the 21st of March.

This Open Water Championship doubles up as the official Olympic Trials, as well as qualification for the 5th FINA World Junior Open Water Swimming Championships, which will be held in the Seychelles from 22nd to 24th August.

McGlynn, Seidler and Louw, will also take to the water in the 5km event where they are sure to have an exciting tussle with KZN’s pedigreed Nathan Hughes, who claimed the 2019 European Junior Open Water Swimming Championship title, swimming under the flag of Great Britain.

Weber will be up against the Eastern Cape’s Amica de Jager and KZN’s Robyn Kinghorn, while the promising AG’s Leigh McMorran cannot be discounted after her stellar performance in the 2020 10km edition where she claimed the youth podium finish.

De Jager will also swim in the women’s 5km race where the KZN trio of Sasha Lee Corris, Tatum Botha and Tori Earle are sure to keep her busy.

There will be plenty of action in the Junior section of the event, with defending champion McMorran (17) returning for the 5 and 7.5km races, while the talented AG’s Catherine van Rensburg can never be underestimated, with KZN’s Mykae Forrest and Tatum Botha sure to mount a serious challenge.

On the men’s side AG’s Connor Albertyn will swim the 5 and 7.5km and will lock horns with the AG trio of Richardt Beineke, Ricardo Rebelo and the much improved Patrick Hepke, while the WCA duo of Keegan Wright and Liam Ellis look set to once again do battle for line honors in the 3km event.