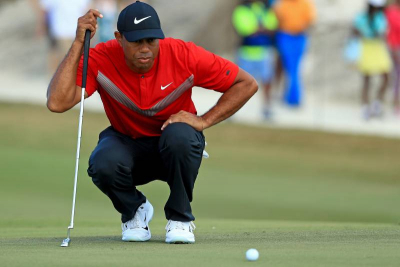 Tiger Woods has returned home and will work on "getting stronger every day" following the car crash that left him with significant injuries.

The American, 45, needed surgery after suffering a fractured leg and shattered ankle in the crash.The 15-time major champion was moved to Cedars-Sinai Medical Center for follow-up procedures on 27 February.

On Wednesday he tweeted: "Happy to report that I am back home continuing my recovery."

He added: "I am so grateful for the outpouring of support and encouragement that I have received over the past few weeks.

"I will be recovering at home and working on getting stronger everyday."

Woods, who was recovering from back surgery at the time of his accident, was found unconscious and with his face and chin covered in blood at the scene.

Los Angeles police said there was no evidence Woods had been impaired by drugs or alcohol at the time of the crash.

County Sheriff Alex Villanueva said Woods survived "what would otherwise have been a fatal crash" because the interior of his vehicle had remained largely intact.