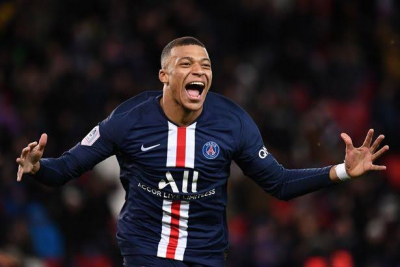 Paris Saint-Germain forwards Mauro Icardi and Kylian Mbappe fired them to a 3-0 win over Lille on Wednesday to reach the quarterfinals of the French Cup.

Argentine Icardi put the holders in front by bundling the ball into the net in the ninth minute, while France striker Mbappe doubled their advantage from the penalty spot shortly before half-time.

Lille, who lead PSG at the top of the Ligue 1 standings by three points, were awarded a penalty in the second half which would have given them hope of clawing their way back into the Cup tie.

But PSG keeper Kyler Navas saved Yusuf Yazici's spot kick, a week after keeping out a penalty from Barcelona's Lionel Messi in the Champions League, and Mbappe rounded off the victory for the hosts by striking again in stoppage time.

The defending champions are pursuing a 14th title in the competition.

In Ligue 1, leaders Lille still hold a three-point advantage over Maurcio Pochettino's side.

Twitter
More in this category: « Pirates secure first Group A win over Nigerian giants Enyimba. Chelsea, Bayern Munich cruise into the quarter-finals of the Champions League. »
back to top