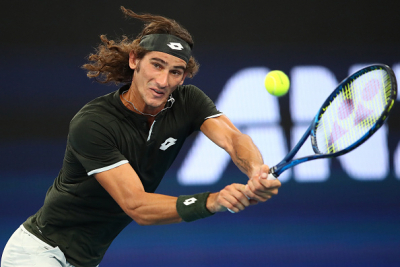 Harris will next face Japanese former world No.4 Kei Nishikori for a place in the semi-final round.

The Japanese, whose career once promised so much, has endured a miserable two years, largely due to a succession of injury problems, and currently finds himself ranked outside the world’s top 40.

It will be Harris and Nishikori’s first meeting on the ATP Tour.

The South African, who began his week in the qualifying, has already picked up four wins and dismissed top seed and world No.4 Dominic Thiem of Austria in short order in the round of 32.

Last week in Qatar, the Capetonian claimed his first Top 20 win at the Qatar Open (ATP 250 event) against Stan Wawrinka of Switzerland.

Twitter
More in this category: « Chelsea, Bayern Munich cruise into the quarter-finals of the Champions League. Ligue 1 player travel ban to hit Cup of Nations qualifiers. »
back to top