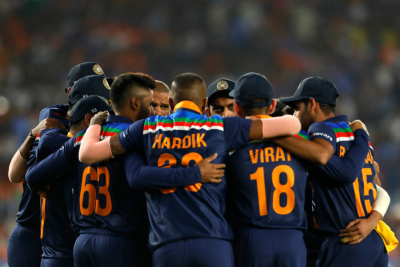 India set up a series decider with an eight-run win over England in an absorbing fourth Twenty20 in Ahmedabad.

Suryakumar Yadav hit a sparkling 57 off 31 balls in his first international innings as the hosts posted a challenging 185-8 on the best batting surface of the series.

England struggled to get going but were still firmly in contention at 140-3 off 16 overs, only to lose Ben Stokes for 46 and Eoin Morgan in consecutive balls.

Needing 33 to win from the last two overs, Archer hit two fours and a six to set up a thrilling finale, but Shardul Thakur held his nerve as England finished on 177-8.

The first victory by the side batting first in this series sees it tied at 2-2.

Twitter
More in this category: « Tristen tops on day one in Gauteng Championship presented by Betway. Arsenal,Granada & Roma through to the quarter-finals of the Europa League. »
back to top