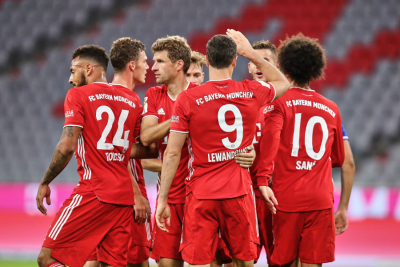 Lewandowski’s effort in FC Bayern München’s 3-1 win at SV Werder Bremen marked his 268th goal in the Bundesliga, putting him in joint second with Klaus Fischer in the all-time scoring charts. Müller remains the gold standard with 365, but his 40-goal haul of 1971/72 is within reach. Lewandowski goes into Saturday’s Southern derby with VfB Stuttgart on 32 goals for the season, with at least one in each of his last 15 top-flight matches, and 10 in 2021 alone. Stuttgart’s Sasa Kalajdzic is the next best for goals this calendar year with a club record-equalling seven in a row.

Bayern’s lead at the summit could be trimmed back to one point if RB Leipzig get the better of DSC Arminia Bielefeld in Matchday 26’s opening fixture. Leipzig dropped points to Eintracht Frankfurt last time out, but seven matches without defeat presently represents the longest unbeaten run of any Bundesliga club. Bielefeld, who snapped a seven-game winless run with victory over Bayer 04 Leverkusen, may need another positive result if they’re to keep their heads above the waterline for another week.

Leipzig’s draw with Frankfurt helped Borussia Dortmund move to within two points of the top four. The Black Yellows recorded a routine 2-0 win against Hertha Berlin, with 16- year-old Youssoufa Moukoko on target from the bench with his third Bundesliga goal. Only Jadon Sancho (six) and Erling Haaland (19) have scored more often in the league this season than the soon-to-be Germany U21 international. Ominously for upcoming opponents FC Köln, Haaland has only failed to fire in successive matches on four occasions.

FC Schalke 04 have felt the full force of Haaland’s goal-scoring prowess on more than one occasion. The Royal Blues could do with a striker of his calibre to revive their fading challenge for top-flight survival. Die Knappen are winless in 10 games, taking only three points in that time, and have the division’s tamest attack and leakiest defence. With a lopsided goal difference of -50, they effectively have 12 points to make up on Hertha BSC Berlin in the relegation play-off spot - and only nine games to do it.

Hertha host Leverkusen in one of three Sunday fixtures. Die Alte Dame have taken four points from a possible 21 since club legend Pal Dardai returned as coach, while Leverkusen have lost six of 12 league matches this calendar year. It’s hard to believe they were unbeaten, and top of the Bundesliga, prior to their Matchday 13 defeat to Bayern. Peter Bosz’s side have since slipped to sixth, four points adrift of the UEFA Champions League places.

Needless to say, Leverkusen could do with fellow European qualification candidates Frankfurt and 1 FC Union Berlin cancelling each other out 24 hours earlier. A Bremen win over steely Wolfsburg would also do wonders for Die Werkself’s top-six prospects. With Josh Sargent in the form of his life - the American has hit three goals in his last four appearances - Die Grün-Weißen have every chance.

TSG 1899 Hoffenheim host second bottom, albeit improving, 1 FSV Mainz 05 in one of two remaining fixtures, one that has averaged four goals per game over its previous 11 editions. SC Freiburg rounds out the action at home to FC Augsburg, looking to avoid a third successive Bundesliga home defeat to nil. 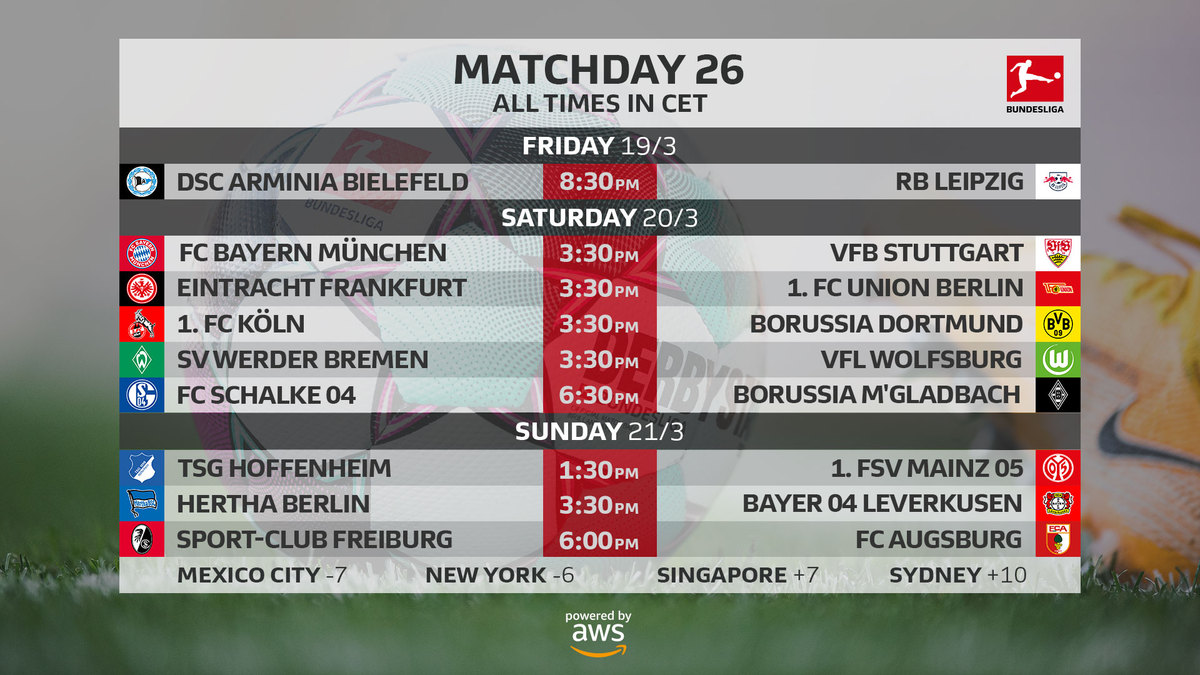 Twitter
More in this category: « Jose Mourinho 'sorry' after a loss to Dinamo Zagreb and Lloris calls exit 'a disgrace'. "Qhude manikiniki zindala zombili"- Zinnbauer 'warns' Pirates will face an 'improved' Chiefs side. »
back to top