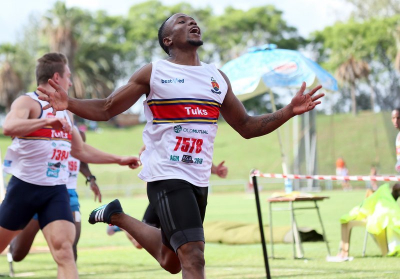 Exciting battles are on the cards next week when the country's top athletes square up against some international stars at the first leg of the ASA Athletix Invitational Meet powered by AVANTI, to be held at Ruimsig Athletics Stadium in Roodepoort on Tuesday, 23 March 2021.

In perhaps the most anticipated contest on the programme, which sees top-flight domestic athletics returning to action amid the coronavirus lockdown, a world-class line-up in the men's 100m sprint heads up this much awaited track and field meeting.

National record holder and Commonwealth Games champion Akani Simbine will enter the blocks as the favourite, but he will need to be on form to hold off some worthy challengers.

The field also includes Luxolo Adams, who clocked 10.07 seconds with a +2.1m/s tailwind in Potchefstroom last week, and 19-year-old Sinesipho Dambile, a silver medallist in the 4x200m at the 2019 World Relays in Yokohama.

Hard-fought battles are also expected in both 400m races. In the men's one-lap event, Commonwealth Games champion Isaac Makwala of Botswana will line up against 18-year-old rising star Lythe Pillay, who clocked 45.53 in Boksburg last week and will be looking to take a major scalp.

Former world champion Amantla Montsho of Botswana will also have her hands full in the women's 400m race, as she prepares to line up against 17-year-old Beatrice Masilingi, who won the Namibian national 100m, 200m and 400m titles last year.

In the women's javelin throw, Sunette Viljoen will be eager to build on her form, after setting an early season's best of 60.60m. She will get the chance to go even further when she faces a double challenge from the Czech Republic in Nikola Ogrodnikova who won silver at the European Championships in 2018 with a 67.40 throw, a personal best, and against Nikola Tabachkova, the former 2017 gold medallist at the European U20 Championship with a personal best is 57.50.

Twitter
More in this category: « No international fans at Olympics and Paralympics - Tokyo 2020. Schietekat retains lead in Gauteng Championship presented by Betway. »
back to top