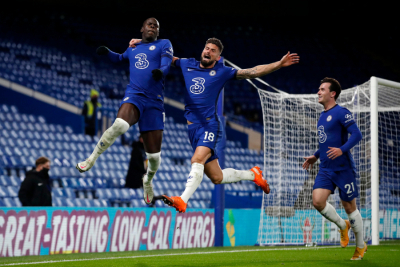 The Blues, beaten finalists last season, went ahead in fortunate circumstances as Ben Chilwell's low cross was steered into his own net by Blades midfielder Oliver Norwood.

Christian Pulisic was twice denied by away goalkeeper Aaron Ramsdale and Callum Hudson-Odoi shot over as the hosts looked to finish the game off.

With Sheffield United pushing for a goal to take it into extra time, Chelsea broke in injury time and Hakim Ziyech scored their second with a low strike to take them into the last four for the fourth time in five seasons.

The result sees Chelsea remain unbeaten in 14 matches in all competitions since Thomas Tuchel took charge of the club.

The semi-finals will take place at Wembley over the weekend of 17-18 April - the draw will take place during half-time of Sunday's quarter-final between Leicester City and Manchester United (kick-off 17:00 GMT).