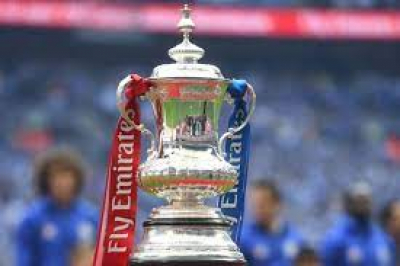 Leicester and Manchester United know they will face Southampton in the last four if they can earn victory in their quarter-final on Sunday.

Leicester and United were 1-1 draw when the semi-final draw was made at half-time at the King Power Stadium.

The semi-finals will take place on the weekend of 17-18 April at Wembley, with the final at the same venue on 15 May.

The final could be played in front of 20,000 fans because it has been earmarked as one of the proposed pilot events to test the return of big crowds to UK venues this year.

Twitter
More in this category: « Proteas Women beat India by 6 wickets to clinch T20 series. Leicester dump Man United out of FA Cup after Iheanacho brace. »
back to top