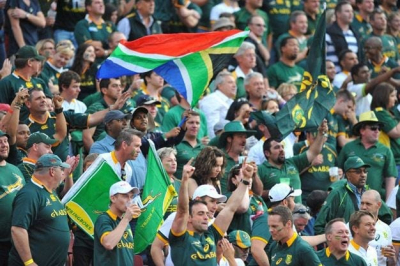 SA Rugby president Mark Alexander has pleaded with the government to allow 50% spectator entry at stadium for this year’s British and Irish Lions tour, according to a report.

Rapport reported that SA Rugby was desperate to make sure that the Lions tour took place in South Africa.

"This {Lions tour) will help our economy get back on track and also help the tourism industry overcome the negative effects brought about by the Covid-19 pandemic, as well as stop the loss of staff through retrenchments," Alexander was quoted.

"All sectors of our society must help the economy get back on track," said Alexander.

The Afrikaans publication continued that Sports minister Nathi Mthethwa said as the country was easing to level 1 lockdown, it was too early to talk about fans’ return to stadiums.

A report in the UK Times earlier this month said a proposal to play the series in the United Kingdom had received support from their government.

The Lions have previously turned down Australia’s offer to host the series, and are expected to make a final decision at the end of this month.

Meanwhile Andy Farrell believes Ireland have given Warren Gatland "one or two more headaches" in regards to selection for the British and Irish Lions.

Farrell was speaking to RTE Sport in the aftermath of the win against England, and revealed that Gatland had been present at an Ireland training session in the week leading up to the match.

"Warren came in during the week and watched our training session. It was a great tonic for us," Farrell explained.

"There were a lot of good individual performances at the start of the competition and some lads have just carried that on.

"Some lads are dead certs to get on the plane and I’ve absolutely no doubt that there will be one or two more headaches for Warren after that game."

Everything finally clicked for Ireland in their last match of the 2021 Six Nations Championship, after a few mixed performances against Wales, France and Scotland.

While there were no obvious signs of progress under Farrell before the win against England, the head coach revealed that the squad never had any doubts over the direction they were heading in.

Twitter
More in this category: « Notoane names U23 squad for training camp ahead of Olympics. Top amateur Maas to test himself against Sunshine Tour pros. »
back to top