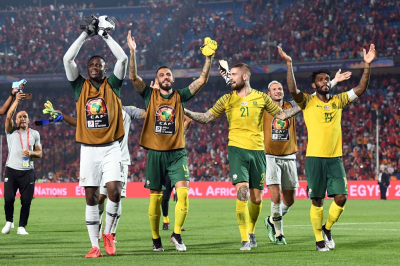 Bafana Bafana will be aiming for a potentially decisive win in their Africa Cup of Nations (AFCON) qualifying campaign when they host Ghana in a top-of-the-table Group C clash at the FNB Stadium in Johannesburg on Thursday.

The group standings see Ghana and Bafana Bafana are level at the top with nine points apiece. Sudan are three points back in third, while already-eliminated Sao Tome and Principe have zero points at the bottom of the log.

In terms of qualification permutations, the Black Stars will secure a ticket to the Nations Cup next year if they win at Soccer City, while the same could apply to Bafana Bafana, depending on the result of Sudan’s match away to Sao Tome the day prior.

Ghana missed out on the chance to secure early qualification in the last set of games in November 2020, with their 2-0 home win over Sudan followed by a 1-0 loss away in Omdurman.

The Black Stars are looking to avoid taking their Afcon fate down to the final day, with coach CK Akonnor adamant that his side needs the quality of Ghana’s overseas-based players to lock down a place at Cameroon 2022.

"We can't do without them [foreign-based players] yet, we need their experience in the decisive games," Akonnor explained.

South Africa’s last qualification action in November 2020 saw them claim six points from their two matches with Sao Tome, winning 2-0 at home and 4-2 away.

Coach Molefi Ntseki has had to scramble to add more players to his squad due to Covid-19 travel restrictions and admits that a lack of playing time for key players at their clubs has also affected preparations.

"It has been very difficult because I would say 78 per cent of our players who were selected in the past two games [against Sao Tome] are not playing regularly in Europe or in South Africa‚" Ntseki explained.

In head-to-head stats, South Africa and Ghana have met in 13 international matches dating back to 1996.

Bafana have claimed five wins compared to four for the Black Stars, and four games have been drawn.

The teams last met in November 2019, with their Group C Afcon qualifier in the Cape Coast won 2-0 by Ghana, thanks to goals from Thomas Partey and Mohammed Kudus.

Twitter
More in this category: « British & Irish Lions' summer tour to go ahead as scheduled in South Africa. Prinsloo powers to the top at Serengeti Pro-Am Invitational. »
back to top