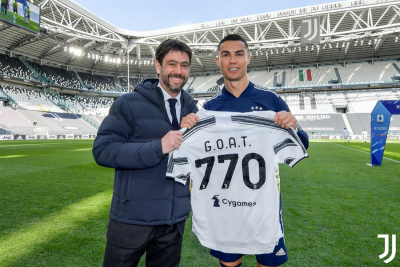 Portugal coach Fernando Santos could not help but shrug his shoulders and smile when asked whether his side were stronger without Cristiano Ronaldo.

"I don't think any team in the world can perform better when its best player is not around," he replied in the news conference prior to a Nations League match away to Sweden last September.

In the previous game, however, Portugal had overcome the absence of Ronaldo to thrash World Cup runners-up Croatia 4-1 in a display rated by many as the greatest of the Santos era so far. In a way, witnessing the likes of Bruno Fernandes, Bernardo Silva, Diogo Jota and Joao Felix play that day felt like a sneak peek into what the future holds for the country - and it could not have looked any brighter.

In the end, Ronaldo answered his critics by scoring twice in Stockholm, but the debate was far from over.

A month later, Santos again found himself having to face questions over the five-time Ballon d'Or winner's contribution to the reigning European champions.

While he insists Ronaldo is the only irreplaceable player and guaranteed a place in his starting XI, there is a growing school of thought that the national team would be a far better and more entertaining one without the Juventus striker.

As Portugal kick off their 2022 World Cup qualifying campaign against Azerbaijan on Wednesday, the debate over whether what Ronaldo offers in terms of goals makes up for what he doesn't off the ball shows no sign of slowing down.

A national hero, the 36-year-old superstar has never left the spotlight for his country, except for a nine-month absence following the team's elimination at the last-16 stage of the 2018 World Cup. He was given a rest after moving from Real Madrid to Juventus that summer.

Over six matches, the Portuguese did quite well, remaining undefeated and topping their Nations League group ahead of Poland and Italy.

Ronaldo only returned to international football in March 2019, wasting no time in proving that his killer instinct was still there. He has averaged over a goal a game since then - 17 in 16 matches, helping his side win the Nations League that summer.

In other circumstances, that would have been more than enough to justify his untouchable status, but it no longer appears to be the case.

"When you compare this team to the 2016 Euros-winning side, there's a significant talent gap between them," says Tomas da Cunha, a football pundit for Eleven Sports and TSF radio. "We've got more world-class players now, so Santos has to figure out how he can still get the best out of Ronaldo at this point without sacrificing the emerging stars.

"In Ronaldo's absence, Portugal play in a more relaxed and uncomplicated way, especially because there isn't a reference around who is actually bigger than the team. The pieces fit together naturally. With Ronaldo, the rest of the players seem to have their decision-making unconsciously affected by the need to pass the ball to him."

Such is his imposing presence that when Ronaldo is on the pitch, his team-mates tend to play it safe and over-rely on him. The creativity and attacking fluidity are just not the same.

Unsurprisingly, Portugal become a much more predictable side.

Who are you looking forward to watching? ?#EQFixtures | @bookingcom