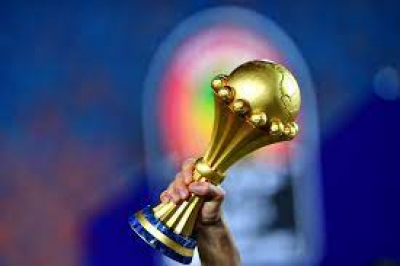 Guinea booked their 2021 Africa Cup of Nations (Afcon) ticket with a 1-0 win over Mali in a Group A qualifier at Stade du 28 Septembre.

Victory moved the Syli Nationale up to 11 points, two behind Mali who had already booked their spot at next year's showpiece in Cameroon ahead of the tie after the Confederation of African Football (CAF) disqualified Chad from the remainder of the qualifiers for government interference.

As a result, both Mali and Namibia were awarded 3-0 wins but the Brave Warriors' chances of reaching back-to-back Afcon tournaments have come to an end, with Sunday's match against Guinea in Windhoek now a dead-rubber following the outcome in Conakry.

The defining moment of a largely uneventful encounter came in the 75th minute. Seydouba Soumah pounced on the loose ball on the edge of the area before finding the back of the net with a powerful effort that fizzed past the Les Aigles shot-stopper.

Guinea will move top of Group A with a win in Namibia on Sunday, with Mali's qualification campaign having run its course.

Meanwhile Burkina Faso qualified for the Africa Cup of Nations in Cameroon next January, while Ethiopia trounced Madagascar 4-0.

The Burkinabe secured a place for the sixth time in their last seven attempts by forcing a 0-0 Group B draw away to Uganda near Kampala.

Uganda must avoid defeat in Malawi Monday to join Burkina Faso at the 24-team tournament, which has been delayed one year by the coronavirus pandemic.

Malawi kept hopes of a first Cup of Nations appearance since 2010 alive by edging South Sudan 1-0 through a Richard Mbulu goal in Sudan as the national stadium in Juba is being renovated.

Twitter
More in this category: « Is Portugal a better team without the country's greatest player Cristiano Ronaldo? Yilmaz hat trick leads Turkey to impressive win over Netherlands. »
back to top