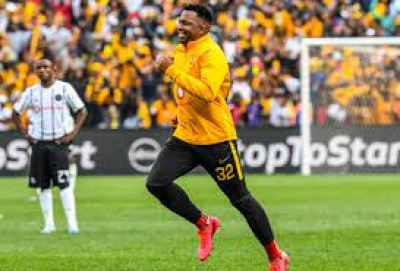 Kaizer Chiefs goalkeeper Itumeleng Khune is set to meet with management after the AFCON qualifiers, when a final decision regarding his future in the team will be made.

Bafana Bafana are due to play Ghana on Thursday, 25 March at home followed by an away clash against Sudan on Sunday, 28 March.

Khune's contract with Chiefs is set to expire at the end of the season, with the 33-year-old no longer guaranteed a place in the starting side.

According to sources close to Chiefs, the long marriage between Amakhosi and Khune is headed for split at the end of the season.

"The Chiefs management is divided whether to keep him or not."

Khune, who joined Kaizer Chiefs in 2004, has played 320 matches for the Chiefs in all competitions.

He also has 90 Bafana Bafana caps to his name.

Meanwhile Lebogang Manyama is another key player whose future at Naturena remains uncertain with the club not yet deciding if they will keep him next season.

Manyama missed the Soweto Derby against Orlando Pirates on Sunday due to suspension while Khune's compassionate leave was extended after he attended his sister's recent funeral.

Twitter
More in this category: « Rory McIlroy finds swimming pool in loss to Ian Poulter - WGC Matchplay. Bafana Bafana held by second-string Ghana in the AFCON qualifier. »
back to top