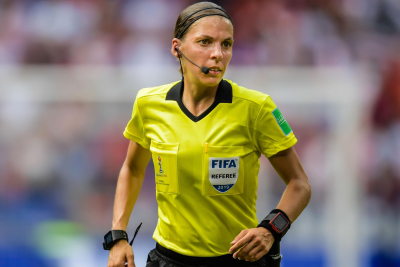 France's Frappart, 37, has been a trailblazer for women officials and in December was the first to referee a men's Champions League match, between Juventus and Dynamo Kiev.

Frappart, who also made history as the first woman to referee in the French top flight, was the lead official for the 2019 Uefa Super Cup final between Liverpool and Chelsea. She made her Europa League debut in October.

Saturday's match was the second time Frappart has refereed a match featuring Latvia as she took charge of their Uefa Nations League game with Malta in September.

The match was played in front of 5,000 spectators in the Amsterdam Arena as part of a government-supported study into the amount of contact in crowd situations.

The Dutch now meet Gibraltar in their next group game on Tuesday while Latvia visit Turkey.

Twitter
More in this category: « Bafana Bafana face their moment of truth in Sudan. Jaco Prinsloo wins again in Serengeti Pro-Am Invitational. »
back to top