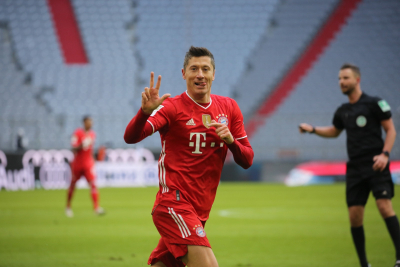 The 32-year-old Bayern Munich player limped off during Sunday's 3-0 win over Andorra after scoring two goals.

The Polish FA say he faces up to 10 days out with ligament damage.

Lewandowski now has a race to be fit for Bayern's Champions League quarter-final first leg against Paris St-Germain in nine days time.

He has returned to Germany for further treatment on the injury.