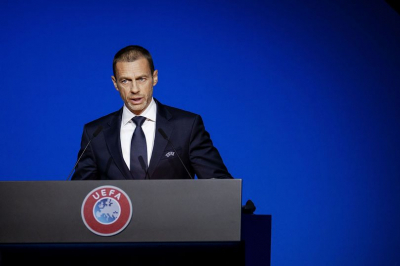 A new Champions League format, featuring a 10-match first phase from 2024, is expected to be agreed by Uefa on Wednesday.

The proposal, which has been under discussion for almost two years, will be finalised on Tuesday and then signed off by Uefa's executive committee.

Under the new format, the current group phase will be scrapped.

In its place, the number of qualifiers will be expanded from 32 to 36, with space for two 'wild card' entries.

The wild cards will be reserved for clubs with the highest Uefa co-efficient - points used to rank clubs based on past European success - who have not qualified for the competition through their league position.

If the format was being used now, based on the current table it would mean Liverpool would gain a Champions League spot despite being seventh in the Premier League

There has been opposition to the plans, in particular from the European Leagues organisation, who said it would create a "de facto closed shop".

However, Uefa officials and representatives from the European Club Association have backed the new arrangement, which former Manchester United keeper and current Ajax chief executive Edwin van der Sar is credited with suggesting.

Under the new format, each team will play 10 matches against opponents varying in strength, with the results forming an overall league table.

Those in the highest eight positions will move on to the knockout phase, with those from ninth to 24th going into a play-off round.

The new format will cause a problem for the English game and in particular the EFL Cup as the additional fixtures will need the mid-week slots usually allocated to the secondary cup competition.

Crystal Palace chairman Steve Parish previously said the 36-team Champions League would have a "devastating effect" on the English game.

Twitter
More in this category: « Naomi Osaka and Ashleigh Barty through to quarters - Miami Open. Dustin Johnson withdraws from Texas Open to focus on Masters. »
back to top