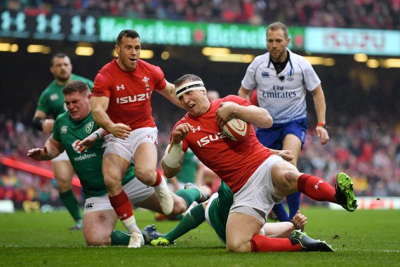 South Africa rugby chief Mark Alexander says proposals for the return of fans are being taken to the country's government before this summer's British and Irish Lions tour.

Alexander added that "there is no reason to doubt the tour taking place".

Earlier in March, a contingency plan to play matches in Britain and Ireland was rejected by organisers.

The Lions are due to play the Springboks - world champions in 2019 - in July and August.

"A comprehensive set of guidelines and protocols to get fans back into South African sports venues is going to our government from our National Olympic Committee next week," Alexander said.

"We have been heavily involved in the drafting, and we believe it makes a strong case for a safe and sustainable return of supporters.

"Our government's response is likely to be shaped by the progress of the (coronavirus) pandemic, but even if we have to play behind closed doors the tour will go ahead."

It is not yet known whether, as with this summer's Tokyo Olympics, overseas supporters will be barred from following the tour.

Covid concerns have kept South Africa out of action since beating England in the Rugby World Cup final in November 2019.

Lions coach Warren Gatland is due to announce a squad for the tour at the start of May.

Twitter
More in this category: « Confirmed:Molefi Ntseki fired as the Bafana Bafana coach. North Macedonia stun Germany while England secure late victory to remain top of the Group. »
back to top