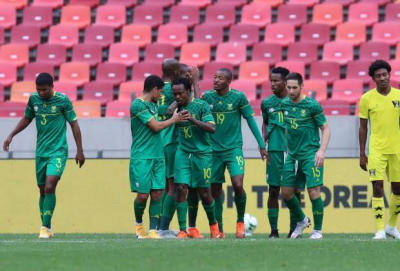 The Independent Communications Authority of South Africa (Icasa) has published a new directive that amends the country’s sports broadcasting regulations.

The changes, which take effect immediately, are aimed at addressing inequalities that play a role in how television is accessed by people and the nature of the services available to individuals, Icasa said.

"It should be noted that even though there are 8.6 million pay television subscribers, the majority of the South African population still rely on free-to-air for sports and other programmes."

In explaining the regulations, Icasa pointed to Section 60(1) of the Electronic Communications Act which provides that subscription broadcasting services may not acquire exclusive rights that prevent or hinder the free-to-air broadcasting of national sporting events, as identified in the public interest from time to time.

The regulator said that it has observed a trend whereby national sporting events are mostly broadcast live on subscription television, resulting in the majority of South Africans being unable to access such events on a live basis due to the costs associated with such a subscription service.

However, it acknowledged that the sports industry relies on the sale of broadcasting rights as the biggest source of their revenue.

It added that sporting bodies that submitted representations contended that the best commercial offers for their rights were often made by subscription broadcasters.

To even the playing field between pay-TV services such as DStv and free services such as the SABC, Icasa said that parties need to conclude their commercial agreement regarding the actual time periods and scheduling of advertisements of national sporting events on fair, open and non-discriminatory terms.

The amendments also create a new provision empowering a broadcaster entering into a sports broadcasting commercial agreement to report any unresolved dispute and/ or non-compliance.

This provision provides an avenue for licensees to obtain redress on an expedited basis, Icasa said.

In addition, it said that the following national sporting events may be broadcast live, delayed live, or delayed by free-to-air broadcasting service licensees:

Icasa said that sports could be added to or removed from this list at a later date and will be actively reviewed on a five-year basis. It also proposes strict fines for broadcasters who do not abide with the regulations once they are in force.

The regulator also acknowledged that there are other parallel processes which could have an impact on these final regulations and is keeping abreast with the developments in that regard.

"Should it become necessary, the Authority shall conduct a review of the final regulations in terms of the applicable provisions of the Electronic Communications Act," it said.