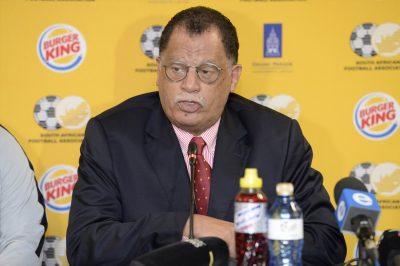 The Confederation of African Football (Caf) president Patrice Motsepe has appointed SA Football Association (Safa) president Danny Jordaan as advisor to the president in charge of Sport and Marketing.

The former Fifa World Cup 2010 CEO has vast experience in this area, having served on Fifa's Marketing and Television Board as well as Caf’s marketing in the past.

Jordaan, who was Caf Vice-President until last month’s Elective Congress in Morocco served in various departments during the 2006 Fifa World Cup in Germany and 2014 in Brazil and his recent appointment will add much-needed value in Caf’s Marketing and Competitions departments.

In other appointments, Jacques Anouma from Cote d’Ivoire was appointed Senior Special Advisor to the Caf President.

Meanwhile, Somali Football Federation president Abdigani Said Arab has been co-opted to the Caf Executive Committee while Fouzi Lekjaa will continue the functions of Chairman of the Caf Finance Committee.

Egypt’s Hany Abou Rida and Amaju Melvin Pinnick of Nigeria have been added as members of the Caf Emergency Committee.

On Total Afcon 2021 Cameroon; the Caf Executive Committee unanimously approved the proposed dates for the organisation of the draw will be done on June 25, 2021 and the Total Africa Cup of Nations 2021 Cameroon final tournament will take place from January 9 to February 6, 2022.

Finally, the General Secretary informed the Executive Committee about the audit mission initiated by the PwC Cabinet at CAF headquarters, and the results are expected at the beginning of May 2021.