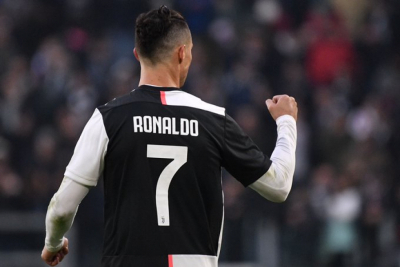 Cristiano Ronaldo's moment of frustration at a controversial decision in a World Cup qualifier on Saturday is turning into something positive.

The captain's armband the Portugal star threw to the ground when he was controversially denied a stoppage-time winner against Serbia has been sold at auction to raise money for a six-month-old baby's medical treatment.

Duty firefighter Djordje Vukicevic picked up the armband from the pitch after Ronaldo had stormed off at the end of the 2-2 draw in Belgrade.

"Ronaldo was agitated [and] he threw the armband. It fell right next to me," Vukicevic said.

He decided to put it up for auction to raise money for treatment for Gavrilo Djurdjevic from Serbia, who is suffering from spinal muscular atrophy.

"The entire crew agreed this [armband] will go for little Gavrilo," he said.

Vukicevic said he was ready to sell any memorabilia he could collect from players to help Gavrilo's parents collect the £2.1m needed for the treatment.

The winning bid for the armband was 64,000 euros (about £54,000). Gavrilo's mother Nevena said proceeds from the sale would be would be a significant contribution to their treatment fund.

"We could not believe that some people who do not even know us... would take the armband, auction it and help our child," she said.

Twitter
More in this category: « PRO14 Awards’ Recognition For Provincial Players. Sundowns maintain their unbeaten record after a goalless draw. »
back to top