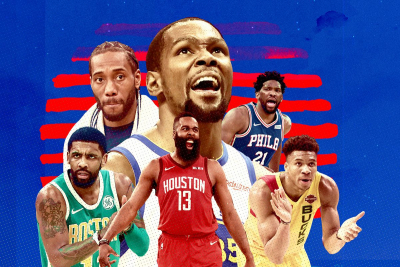 The Toronto Raptors recorded the biggest win in their history with a 130-77 demolition of the Golden State Warriors.

The 53-point winning margin could have been worse, with the Raptors leading by 61 points at one stage.

For the Warriors, it was the third-worst loss in their history - and "humiliating for everybody involved" according to coach Steve Kerr.

"We just got destroyed. Not a whole lot to be said," he added.

The Warriors were without Stephen Curry and Draymond Green and the loss was their sixth defeat in their last seven games.

"I think without Steph and Draymond out there I think we were a little bit rudderless when things went south. We didn't have the internal fight that we needed to kind of get over the hump," Kerr said.

"This is a time for soul searching for sure."

Pascal Siakam marked his 27th birthday with a season-high 36 points for the Raptors, who themselves were on a four-game losing streak.

Elsewhere the Milwaukee Bucks enjoyed a 127-109 win over the in-form Portland Trail Blazers thanks to star man Giannis Antetokounmpo, who scored 47 points - the third time he has reached the 40-point mark this season.

Luka Doncic starred as the Dallas Mavericks beat the New York Knicks 99-86 and the Boston Celtics beat the Houston Rockets 118-102.

Meanwhile two-time NBA champion Kevin Durant has apologised for the language he used in a social media exchange with actor and comedian Michael Rapaport.

Rapaport has shared images of private messages sent to him by the Brooklyn Nets forward which included homophobic and misogynistic language.

"I'm sorry that people have seen the language I used," said Durant, 32.

"That's not what I want people to see or hear from me, but hopefully I can move past it and get back out there."

Brooklyn Nets coach Steve Nash said the incident had been addressed in a private conversation with Durant, the 2014 Most Valuable Player.