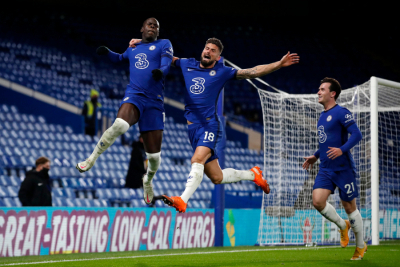 Chelsea suffered a humiliating 5-2 defeat at home against relegation-threatened West Brom on Saturday.

Matheus Pereira and Callum Robinson each scored twice and Mbaye Diagne also found himself on the scoresheet as Thomas Tuchel fell to his first defeat since taking charge at Stamford Bridge.

The hosts took the lead through Pulisic in the first half but went down to 10 men moments later when Thiago Silva picked up a second yellow card before 30 minutes.

Pulisic opened the scoring after 27 minutes when he reacted quickest to Sam Johnstine's save from Marcos Alonso's free kick.

Less than a minute later, Silva was sent off for a late challenge on Okay Yokuslu and the visitors went ahead before the break with a quickfire double from Pereira.

Robinson finished off a well-worked team goal after the hour mark and Diagne grabbed a fourth moments later.

Chelsea hit back three minutes later when substitute Mount scored but Robinson notched his second in stoppage-time to secure a stunning victory for West Brom.