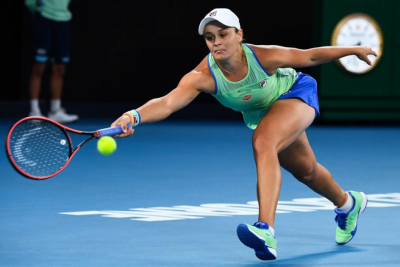 Top seed Ashleigh Barty retained her Miami Open title after her Canadian opponent Bianca Andreescu was forced to retire with an ankle injury.

The Australian world number one was leading 6-3 4-0 in the first meeting between the pair.

The 2019 US Open champion had treatment from the trainer after she fell in the third game of the second set but was unable to complete the match.

"It's never the way you want to finish," said Barty.

"I feel for Bianca because she has had a lot of injuries and I hope it doesn't hamper her season too much.

"This is the first time I have defended a title and I'm excited we could kick-start a long season in the best possible way."

Barty had broken her opponent early in both sets and controlled the match after that.

Twitter
More in this category: « Bayern Munich close in on ninth-straight Bundesliga title. Mendy, Jesus earn Man City convincing win at Leicester to edge closer to title. »
back to top