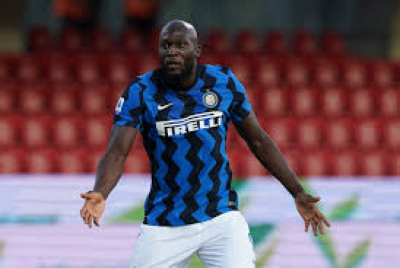 Romelu Lukaku scored his 20th Serie A goal of the season to earn Inter Milan a 1-0 win at Bologna on Saturday and send the Milan club eight points clear on top of the table.

The Belgian struck after 32 minutes to become the seventh player in Inter's 113-year history to reach the 20-goal mark in two consecutive Serie A seasons, after notching 23 in his debut campaign last year.

Lautaro Martinez rattled the post for the visitors with the best chance of the second half, as Bologna were let down by poor shooting accuracy in their efforts to draw level.

Inter are on 68 points, eight ahead of second-placed rivals AC Milan, and will extend that lead to 11 points if they win their game in hand against Sassuolo on Wednesday. Bologna remain 11th with 34 points.

The win means Antonio Conte's take another step towards their first league title since 2009-10.

"It wasn't easy playing after everyone else. But credit to the guys, after the international break it's always difficult but they kept their focus and the right spirit," Conte told Sky Italia.

Conte's side knew before kick off that they could tighten their grip on first place, and it was no surprise to see Lukaku make the decisive breakthrough.

"We had chances and managed to miss all of them, while they had a half chance and put it in the net," lamented Bologna coach Sinisa Mihajlovic.

Martinez was inches away from doubling Inter's lead when his shot thumped the post, and the visitors survived a late surge to see out the win.

Twitter
More in this category: « Carabao Cup final between Man City and Tottenham to be test event with up to 8,000 fans. 'Dan Dance' Malesela sent packing by Chippa United – Again. »
back to top