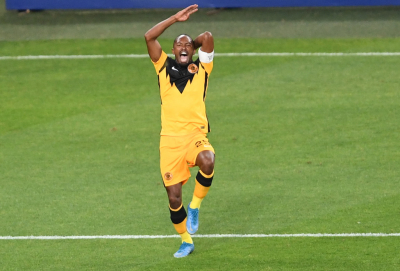 Kaizer Chiefs and Stellenbosch FC produced a stunning second half performance with four quality goals as they settled for a 2-2 DStv Premiership stalemate at FNB Stadium.

The result – which saw all four goals scored in a crazy span of 13 second-half minutes – sees the Amakhosi remain in ninth place (two points off the top half of the table), while the Maroons rise to 10th, just one point behind the Soweto giants.

Chiefs almost claimed the lead as early as the third minute, with Nkosingiphile Ngcobo letting fly with a volley from long range which clipped the outside of Stellenbosch goalkeeper Sage Stephens’s left-hand post.

Chances were harder to come by in the remainder of the first half, though Chiefs did have a sight of goal in the 38th minute when Lebogang Manyama ran onto a well-weighted pass from Ngcobo, but his shot from a tight angle was turned away by the legs of Stephens.

Goalless at the break, Stellies had a great chance to claim the lead inside the opening 90 seconds after the restart, with Ashley du Preez beating Daniel Akpeyi to a long ball and getting away an effort, but the ball skipped harmlessly wide of the target.

Stellenbosch continued their proactive approach and were rewarded with a goal in the 72nd minute: Junior Mendieta’s teasing corner kick delivery drew Akpeyi off his line in an attempt to punch clear, but he was beaten to the ball by Nathan Sinkala, who headed home to give his side the ascendancy.

Yet parity was restored just five minutes later, with substitute Leonardo Castro glancing home a header from Reeve Frosler’s left-wing cross to make it 1-1. The Chiefs striker took a blow to the face in the course of scoring the goal but was soon patched up by his medical team.

The Maroons reclaimed the lead on 80 minutes, with another quality header finding the back of the net. Dimgba worked his way into space down the right, chipped in a cross and an unmarked Phathutshedzo Nange steered an effort into the top corner to put the visiting team 2-1 up.

Yet again Stellenbosch’s lead was short-lived, as a fourth goal arrived in the 85th minute. Mashiane provided a clever pull-back from the left of the penalty area and Ngcobo sliced home a shot to make it 2-2.

Meanwhile Ruzaigh Gamildien has agreed on a deal to move to Kaizer Chiefs next season.

Gamildien has been a standout performer this term for Swallows FC with 11 goals to his name from 20 appearances, igniting interest from the misfiring Chiefs whose top scorer only has three league goals to his name with a third of the season already played.

Gamildien is a nomadic forward who broke into the PSL at Bloemfontein Celtic and has also played for AmaZulu and Ajax in the PSL in between stints with Milano United.

Twitter
More in this category: « Defending champions Mamelodi Sundowns too strong for TTM. Manchester City lost £126m during 2019-20 amid COVID-19 pandemic. »
back to top