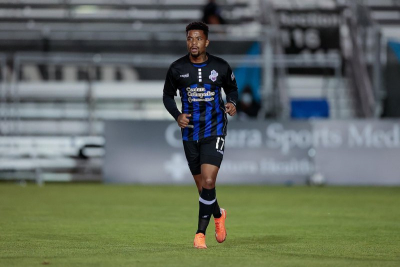 Tshakhuma Tsha Madzivhandila have confirmed the signing of George Lebese at the DStv Premiership club.

"I can confirm that TTM, we have signed George Lebese for the remainder of the season and with the prospect of renewing for the next season," says club spokesperson Rufus Matsena.

"We like to welcome him to the team, and we are happy that the guy of his experience will help us a lot."

Meanwhile Chippa United have confirmed the signing of former Bafana Bafana midfielder Luyolo Nomandela, who last played in the DStv Premiership with Cape Town City in the 2016/17 season.

The 31-year-old had been playing at second-tier Mthatha Bucks and then ABC Motsepe League side BCM Stars in recent seasons, but is now back in the big time with Chippa.

“We are pleased to have beefed up our squad with another player of talent and experience. Luyolo will also play an integral role in our squad for the remainder of the 2020/21 South African football campaign,” said new interim coach Siyabulela Gwambi.

Nomandela was also previously with Free State Stars, Mamelodi Sundowns, Moroka Swallows and Jomo Cosmos, and has played twice for Bafana Bafana in friendly matches against Nigeria and Burkina Faso within days of each other in August 2013.

He netted against the latter.He will be in line to make his debut when Chippa host Mamelodi Sundowns in the DStv Premiership on Monday.

Elsewhere Itumeleng Khune, Philani Zulu and Dumisani Zuma will not be returning to Kaizer Chiefs next season.

Sources within the team have confirmed that Khune is set to conclude a deal with an overseas team soon while Parker, Manyama, Ntiya-Ntiya, Katsande, Moleko, Kambole are on the verge of leaving the team but could survive depending on their performances during the remaining games.