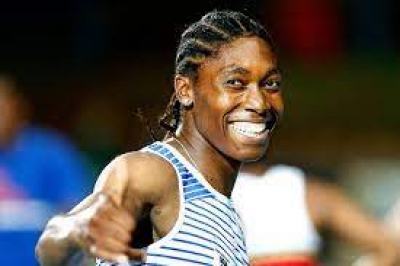 Tshwane – The flagship event on Athletics South Africa's calendar will get under way on Thursday when the country's elite athletes compete for national titles at the Sizwe Medical Fund ASA Senior Track & Field and 20km Walk + Combined Events Championships to be held at Tuks Athletics Stadium in Tshwane.

The entry lists have already defined the explosive rivalries ahead and national 100m record holder Akani Simbine will spearhead host province Athletics Gauteng North in the men's 100m in a head-to-head against provincial teammates Gift Leotlela and Thando Dlodlo.

Simbine has also been entered for the 200m where he will seek revenge against Olympic 400m champion and world record holder Wayde Van Niekerk (AFS) who rocketed to victory crossing the line in 20.10 (albeit with a +2.1m/s tailwind) at Ruimsig, Johannesburg during last month’s ASA Athletix Invitational Meet powered by AVANTI. He relegated Simbine to second place in 20.29 in wet and windy conditions.

This clash also sees another take for Anaso Jobodwana (KZNA) who could not be happy with his 6th-place finish at Ruimsig, while SA record holder Clarence Munyai (AGN), known for his strength on the bend, will be seeking to prove his form.

While his departure for the United States is imminent to join a new training group ahead of the Tokyo Olympics, Van Niekerk has also been entered for the men's 400m as favourite to lead the Athletics Free State squad to the top of the podium. Zakithi Nene (KZNA) and young prodigy Lythe Pillay (CGA) are his top opponents.

Versatile middle-distance runner Caster Semenya will line up against fellow provincial teammate from AGN, defending champion Glenrose Xaba in the women's 5 000m race, while in the men’s version Precious Mashele (CGA) will fight off Mbuleli Mathanga (KZNA) who will be looking to dethrone him.

Boland Athletics will also go in search of multiple medals with a squad which is led by former World Athletics Championships long jump silver medallist Ruswahl Samaai, who will be facing a challenge from Cheswell Johnson (CGA), and Olympic medallist Sunette Viljoen who will turn out as the favourite in the women's javelin throw.

The 400m hurdles should continue its traditional excitement where Wenda Nel (AGN) will lead her provincial teammates Taylon Bieldt (AGN) and Zeney van der Walt (AGN) in an attempt to take all podium positions.

The men’s 800m will be headlined by Tshepo Tshite (AGN) and Renier De Villier (AVT).

"These are our Olympic trials where we will select the best of the best and from that alone one can already see that the stakes are high for all," said Aleck Skhosana, the President of Athletics South Africa.

"This also serves as a selection of athletes to represent this country at the African Track and Field Championships and others.

"One can see that athletes were not just sitting idle during the lockdown. They have prepared themselves and the evidence of that was also witnessed during the 2 legs of ASA Athletix Invitational Meet powered by AVANTI last month in Johannesburg, where athletes achieved their qualifying times quite easily."

Special exemption has been granted by Athletics South Africa to all athletes that are based outside the country. Even though it is compulsory for all T&F athletes who want to be selected for the Olympic Games - amongst other major events - to participate in the National Senior T&F Champs, ASA has taken note of the respective restrictions in the different host countries caused by Covid 19 globally. The decision is that the lives of athletes are more important and therefore none will be compelled to take the risk of travelling under the current circumstances.