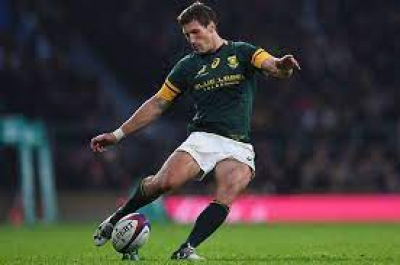 In one of the worst kept secrets this year, the Vodacom Bulls finally announced the signing of Springbok utility back Johan Goosen to join their ranks as from 1 July this year.

Goosen, who has been playing for Montpellier in France for the past few seasons, will bolster the Bulls backline options and is seen as a player who can fill 10, 12 and 15 for the Currie Cup champions and will add to their depth as they look to enter Europe.

At 28-years old now, Goosen has had a tumultuous career and was in the wilderness after leaving Racing Metro in a contractual dispute, and has also represented the Toyota Cheetahs in the past.

Goosen’s talent is undoubted and was named the Best player in the French Top 14 league in the 2015/16 season but “retired” shortly afterwards when he didn’t see eye to eye with the Racing Metro officials.

He was bought of his contract by Montpellier, where has been ever since.

Our worst kept secret is official: Johan Goosen is coming to Loftus! ? Welcome to the #BullsFamily Goose, we’re sure you’ll fit right in ? Here’s a little reminder of just how insanely talented he is ? https://t.co/9gXqu1dD2n pic.twitter.com/ixYrWwbgW2

"We are definitely excited for Johan's eminent arrival in Pretoria and look forward to his contribution. He has consistently performed at the highest level since his early days and his experience will bode well for our younger backs while providing us with attacking opportunities when he takes the field," said Vodacom Bulls Director of Rugby, Jake White.

"I'm excited to be returning to my homeland and representing the Vodacom Bulls who are rising in strength day by day. Rugby in Pretoria has an exciting future and I'm grateful to be part of it," said Goosen.

Goosen has represented the Springboks 13 times, scoring 25 points in the process.He joins a number of players returning to the South Africa, including the likes of Marcell Coetzee and Jacques du Plessis, who both recently signed with the Pretoria side.

Twitter
More in this category: « Seven-time All-Star LaMarcus Aldridge retires after heart scare. Zinnbauer admits there was nowhere to hide in the wake of 4-1 mauling. »
back to top