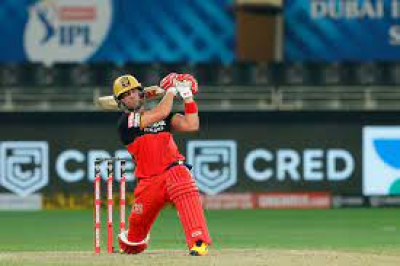 Shikhar Dhawan hit a superb 92 to lead Delhi Capitals to victory over Punjab Kings in the Indian Premier League.

With Prithvi Shaw making 32 and Marcus Stoinis 27 not out from 13 balls, Delhi won by six wickets with 10 balls to spare.

Delhi - last year's beaten finalists - have two wins from three games, while Punjab have won one and lost two.

In the battle of the previous season's two leading run-scorers - Rahul with 670 and Dhawan with 618 - it was the left-hander who outshone his India team-mate.

That did not seem likely when Punjab were making a blistering start on a flat pitch in Mumbai.

Agarwal in particular dished out some brutal treatment to some wayward Delhi bowling - clubbing four sixes and seven fours in his 36-ball stay.

However, in the context of the match, for Rahul to take 51 deliveries over his knock was arguably too ponderous.

And, as Delhi gradually dragged it back with the ball, they were left with a target within their range. England's Chris Woakes was tidy, though an expensive final over left him with figures of 1-42

Opening the response, Dhawan targeted the leg side and was supported by Shaw, who needed only 17 balls for his 32.

Though Australian Steve Smith, in his first game for Delhi since joining from Rajasthan Royals, struggled for fluency, Dhawan ploughed on, taking over as the tournament's leading run-scorer from Glenn Maxwell.

Dhawan missed out on a century, bowled attempting a sweep at a Jhye Richardson slower ball. His 92 had come from 49 balls with 13 fours and two sixes.

Stoinis picked up the mantle as Punjab's bowling and fielding fell apart and, ultimately, the Delhi win was comfortable.

Andre Russell tried to keep Kolkata alive with 31 from 20 balls, but they fell well short on 166-8.

Bangalore are the only team to remain unbeaten so far this season.

Twitter
More in this category: « Stefanos Tsitsipas wins first Masters 1000 title after win over Andrey Rublev. Pirates back to winning ways with a victory over Maritzburg United. »
back to top