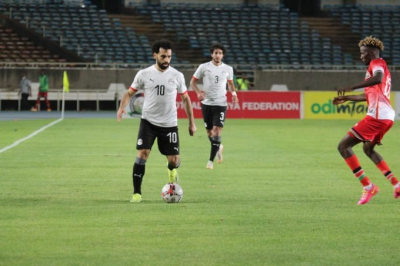 Egypt are keen to submit a joint bid with Morocco host the 2030 FIFA World Cup, according to news reports coming from the Atlas Lions.

Egyptian Minister of Youth and Sports Ashraf Sobhi had revealed before that Egypt are planning on hosting the 2030 World Cup and the 2032 Olympic Games.

Morocco wanted a cooperation deal to submit a joint bid with Portugal and Spain; however, the Europeans dumped out the African country from their officially submitted bid.

Therefore, Morocco looked at their neighbours Tunisia and Algeria, but it seems like Egypt are the one who will work on the file with them, according to Moroccan publication.

A source close to Hany Abo Rida, member of FIFA’s executive committee and former president of the EFA, told the news outlet that Egypt is awaiting Morocco’s approval to start working on submitting a joint bid to host the 2030 World Cup.

The same source added that hosting major sporting events falls within the vision of Egypt, which recently hosted the Handball World Cup, indicating that Morocco has great experience in organizing major events, and has many advanced sports facilities.

It’s worth mentioning that Egypt had bid for the 2010 World Cup, but received no votes, coming third to Morocco (10) and South Africa (14).

In case the two North African countries decide to go with the bid, they will face tough competition against the likes of 'Spain-Portugal', the UK bid combining England, Ireland, Northern Ireland, Scotland and Wales, 'Bulgaria–Greece–Romania–Serbia', and 'Uruguay–Argentina–Chile–Paraguay'.

Meanwhile Liverpool star Mohammed Salah has been named as the new captain of the Egyptian national team, the EFA have announced on Monday.

The national team captaincy has been an issue for a long time now, with many football fans and pundits urging Hossam El-Badry to hand Salah the armband despite being several players who have seniority over him.

Elsewhere Shakabala's stunner was not enough as Mohammed Sherif netted a brace and Ali Lofti saved a penalty to grab Al Ahly the three points in the Cairo derby.

The Reds will now prepare for the next encounter with Smouha on Wednesday, April 21, while Zamalek will face Entag El-Harby a day later.

Twitter
More in this category: « Breakaway Super League calls for talks with both FIFA and UEFA. European Super League a 'spit in the face of all football lovers', says Uefa president. »
back to top